Reflections on the Cross 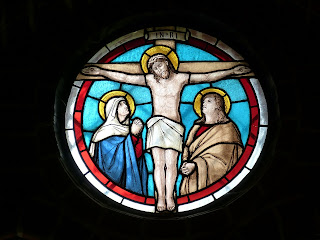 I have never been one attracted to the Stations of the Cross. I vaguely remember as a child doing the stations for catechism class but as an adult the practice as I saw was not appealing. In a previous post I wrote of trying something new so I attended the Stations of the Cross. It was a solemn ceremony, but I came out empty. Consequently I decided not to attend the rest of the Stations given on Friday. You see I did not really understand the meditative reality and power of the stations.

JESUS IS THE CROSS

Yesterday at the celebration of the Lord's Passion, as I was approaching the cross I was suddenly enlightened. This happens to me every so often being consumed with worldly concerns that fog my spiritual journey. The cross that was used for adoration was smooth due to the sanding and rendering of piece of wood. It glistened in the light of the church from the coat of varnish that had been applied to it. Jesus was not on the cross, he was the cross! 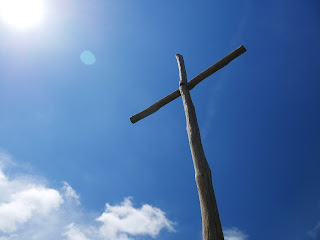 The cross arms I began to see were his arms embracing me the sinner as I approached him. It was as if he was truly embracing me. That thought stayed with me through the whole Mass and into this morning during my prayer and meditation time. I was then prompted to read the Via Crucis.

BACK TO THE STATIONS

Each ensuing meditation on the fourteen stations began to make sense. Yes the gifts and virtues area became real for me.  The second station meditation had a particularly moving line, "For no one achieves a happy life without taking up the cross and following Jesus."

I began to meditate on the what this means. How many times to I try to avoid suffering of some kind, imploring Jesus to take away physical pain, or fractured relationships?  It seems daily. The prayer for the station end with the words, "embrace my share of Christ's sufferings with a tranquil spirit." That to me was key. Stop fighting the will of God. Embrace suffering and stop the complaining.

I proceeded reading the rest of the meditations and prayers of the stations. I guess you can say I received to a limited extent the gift of understanding outlined in the second station, Jesus Takes Up His Cross. With this in mind I know have a new-found appreciation of the Stations and their meditative qualities.

My Lent has not been ideal as I just seemed to run out of the desire to keep true to praying the Divine Mercy Chaplet. Fasting on Fridays worked until last week while out of town on at a conference I completely forgot about not eating meat as I was consumed by the content and intellectual conversations. However, as I know the spiritual journey is not perfect as exemplified by the Way of the Cross, there will be falls, but in the end the abundance of mercy provided to us by God allows me to rise up and continue. 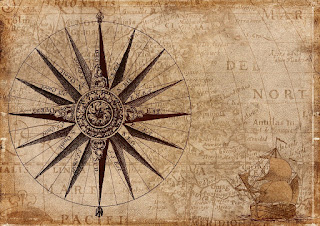